April 27, 2019
This interview first appeared in the Le Panier mook, images were kindly provided by O-Chan! This translation is meant to allow non-Japanese speakers the chance to read the thoughts of a beloved figure in lolita fashion, please support lolita related media if you are able! 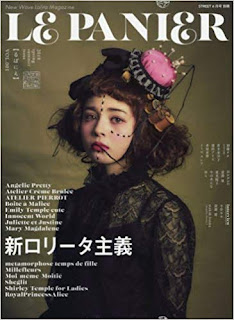 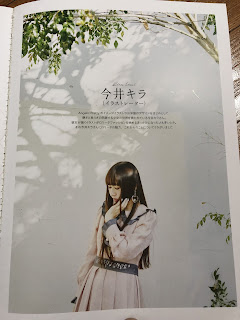 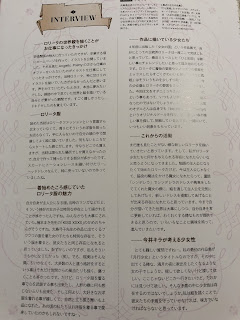 Image credit to O-Chan, thank you!


Drawing a world where girls live together with danger and tenderness, who started her career with Angelic Pretty’s image illustrations and clothing designs, Imai Kira.

Whose drawings inspired many people to take part in Lolita Fashion and more, we asked her about her fascination with lolita and her plans for the future.

-The inspiration for making painting your lolita worldview your career:

I went to a junior college with a Fine Arts program, so around the time I graduated I created a homepage and made my illustrations available to the public. Angelic Pretty’s owners* saw those illustrations and kindly offered me a position, and that became my opportunity to begin my career as an illustrator. At that time I feel that lolita, and especially sweet lolita, illustrators were few. When Angelic Pretty called me, I truly felt I was in a dream. It was the moment that the world I saw in magazines, and myself drawing art were connected. I remember being extremely excited, and extremely nervous.

In the beginning even the words “Lolita Fashion” were not widespread, there were no stores dealing in western clothes of that style around me. I often drew artwork as the clothing was something I could not hold in my own hands, only imagine in my own mind. It feels like I started from a place with nothing. Nowadays you can buy lolita clothing anywhere, but back then the number of places you could purchase it were few. Because of this, many supplemented part of their wardrobe with things they had made themselves. Torchon lace sewn onto a skirt...headdresses and the like. They were not sold, so we made it ourselves.

-The fascination you felt when you first wore lolita clothing:

Clothing which felt that I had become a protagonist myself. There were many manga and such at that time, where girls were painted as important existences by having such an appearance you see. Everyone held them dear. Kameno-chan from Kusumoto Maki’s KISSXXXX was such a type wasn’t she? The girls who wore very fluffy clothing in Oshima Yumiko’s works were also such special beings. I thought that if I wore the same kind of clothes, my existence would become the same as that of those girls. It’s embarrassing, but I also wanted to be that type of person (laughs).

Reality isn’t like that though. If all you do is dress differently from everyone, society will lash out at you with condemnation and scorn and you will face great pain. Yet I wore my clothes as armor on my heart, like a doll I pretended not to feel. More than anything else I was happy to wear the clothing I loved, and I was naturally able to become someone of elegant manner. Looking back, those of us who wore this clothing back then were probably transformed by it...

-The girls drawn in various works:

The collected works that was published 4 years ago, “Shojo no Kuni”, to me was the moment that I felt that I had reached a point of completion with traditional lolita. I then began to draw the recently released “Hitosaji Hime” with the feeling that I wanted to challenge myself with something new. I think that if the elements of lolita and Kimono, or lolita and Chinoiserie** are mixed, it’s very cute. “Hitosaji Hime” is me absorbing those things little by little, and drawing the image of girls of the present mixed with elements of lolita. Since the writing this time is by Odani Miyuki, does it seem like they have become strong willed girls? Popular in her own right in the doll world, Odani Miyuki made an original doll called “be my baby, Cherry!”, and is the type of person who is always searching for something new or fun to challenge herself with. Being with her always gives me great motivation.

-Activities from now on:

I think I want to draw a new lolita, like something no one has seen before. I’ve come to believe that it would be good if I could become an existence which grants something to other girls who wear lolita. When I started wearing lolita, I wished to become the protagonists of a story. However now rather than the protagonist I would rather take the supporting role of the magic-wielding witch. Like the Fairy Godmother who gave Cinderella her dress and carriage, I think I can become an existence that can give suggestions to a new dress, and through my art I will grant the protagonist happiness. While holding the worlds drawn until now dear, if I chose to renew the state of things on my own I think it will offer many feelings like excitement and more. While carrying my interest in many things with me, I want to move forward!

That’s a rather difficult question… My first collection was called “Gekkou Shojo” because didn’t it seem the girls appeared like they wanted to run away on the night of the full moon? Not wanting to search, but wanting to search. Wanting to go anywhere but here, but wanting someone to find them. Does le sexe féminin*** not exist within that contradiction? I think in my art I must protect this contradiction of girls, I must be its friend.

*Imai-san was nonspecific about the position of who approached her. The literal translation of what she said is “Angelic Pretty person/people”. I chose to translate it as “owner” because it makes the most sense in English.


**A French term meaning China-like/China-esque. I actually looked this up in the dictionary because the kana was so baffling. Imai-san surely has her reasons for using this particular terminology (likely for added elegance).


***The word used here and the heading can be literally translated as "the female sex". I opted to put it in French both to echo previous use of French terminology, as well as give the writing a more elegant impression than the English allows. Please note that I speak no French at all, and if any French speakers reading this have a more natural option, I am more than happy to hear it.

Kusumoto Maki’s KISSXXXX mentioned above, originally began publication in 1989 and featured a romance between Kanon, the lead singer in a Visual Kei band, and Kameno, the younger sister of the band’s bass player. Unfortunately I do not believe the entirety of the manga has been translated (officially or unofficially) into English. Kusumoto is better known for her work on DOLIS, which was translated into English by Tokyopop (Wikipedia). However, I found some volume covers, and Kameno’s appearance on the cover of volume 4 bears a resemblance to a particularly famous Metamorphose photo spread from 2004. 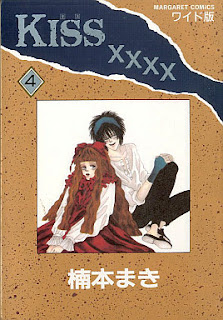 It could easily be coincidence, however I felt that making note of it would be of interest to some people. Kuniko Kato was likely in her late teens or early 20s when KISSXXXX was being serialized, and is a known Visual Kei fan. It isn’t a complete stretch to think she might have read Kusumoto’s work in the 90s, and it influenced her somewhere along the way - enough that it was paid homage to in the above photoshoot. Either way, they’re both amazing artists in their own right, and the cover is a lovely example of ~90s sweet lolita aesthetic.

Oshima Yumiko is another manga artist, whose career has been ongoing since 1968 according to Wikipedia. As an early pioneer of shojo manga her style is very old school, and she is of the same generation of shojo creators as Rose of Versailles artist Ryoko Ikeda. Notable for being a cat lover and apparently popularizing catgirls in manga and anime. Most of her work has not been translated into English, likely due to its age and genre. However, Google image results can give you a glimpse of her ethereal style.

Odani Miyuki can be found on various platforms via her website DOLL HOUSE.

I hope you enjoyed this translation and extras, any mistakes or mistranslations are wholly my own.

Popular posts from this blog 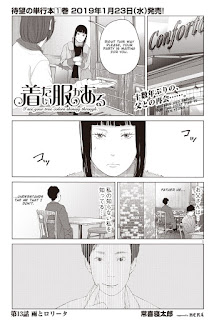 Disclaimer: This is a not-for-profit fan translation, made by a lolita, for lolitas. The original work belongs to it's authors and publishers, not to me.
Read more

April 25, 2019
The following is an article written by Ms. Kato, the former Meta designer and current Physical Drop designer, about the founding of Metamorphose and her approach to designing Lolita. Found in Issue 11 of the GLB, scans of which can be found at lolitahistory.com. Originally translated by me (Velvet) for an old school discussion thread in 2017, re-posted here in its entirety for posterity and ease of access. -Brand Story- Popular for their original pattern onepieces and skirts, the brand Metamorphose temps de fille! Being Lolita, without being confined by Lolita, we asked what the secret of their designs that feel of "anything goes spirit" is! Brand History 1993 - while enrolled in Osaka Mode Gakuen "Metamorphose" designs were sold in shops via consignment. 1997 - With the present company director Matsuoka, Metamorphose begins operations in Kyoto. 1998 - From Kyoto, the base of operations was transferred to the current Minamisenba location. - Osaka company store o
Read more